Last month Oracle published an article that stated that NFC transactions were too slow.  The software giant has been conducting some tests combining payment, coupons and loyalty cards. Are the results a hiccup for a technology which is gradually gaining inroads all over the world? It could be according to the Oracle blogger,  David Dorf.

“During our experiments with NFC, we found it to be too time consuming to open each of three files to read the contents representing loyalty, coupons, and payment. It took roughly two seconds per file, which doesn’t sound slow, but it moves the consumer from a “tap” to a “tap and hold.”

Too slow? In my opinion bundling all 3 transactions into 1 might result in an unnacceptable wait but this  is probably 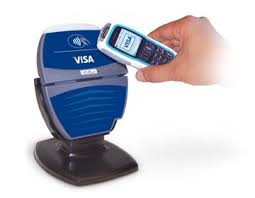 an unlikely use case. Beyond this, we need to compare NFC with the current situation for these 3 “application”. Where contactless transactions aren’t available shoppers will take a lot longer to go through these 3 steps; first they hand over their paper coupons, then their loyalty card is scanned and finally they insert their chip or magstripe credit card to pay.

With NFC a  reasonable and much more likely scenario will be tap once to redeem coupons and collect loyalty points and a second tap to pay (which won’t  necessarily be on the same reader by the way).  If this is how it happens, the user experience will still remain very good as they don’t need to remember to take the coupon to the store or fish in their wallet for loyalty and credit cards. Maybe one day we will see these applications bundled together but now and in the near future payment transactions can’t be combined with loyalty in one single transaction so it’s creating a problem which is not likely to exist  in the near future.

At Gemalto we have  a large portfolio of applications that ensure a complete payment transactions with Visa or MasterCard and transport with Mifare or Calypso all in less than 500 milliseconds so why Oracle claims that an average file read takes roughly 2 seconds is a bit  surprising for more than one transaction. In my opinion the  exercise is interesting but we have to be careful not to restrict the benefits of NFC to just speed. What about security and convenience?